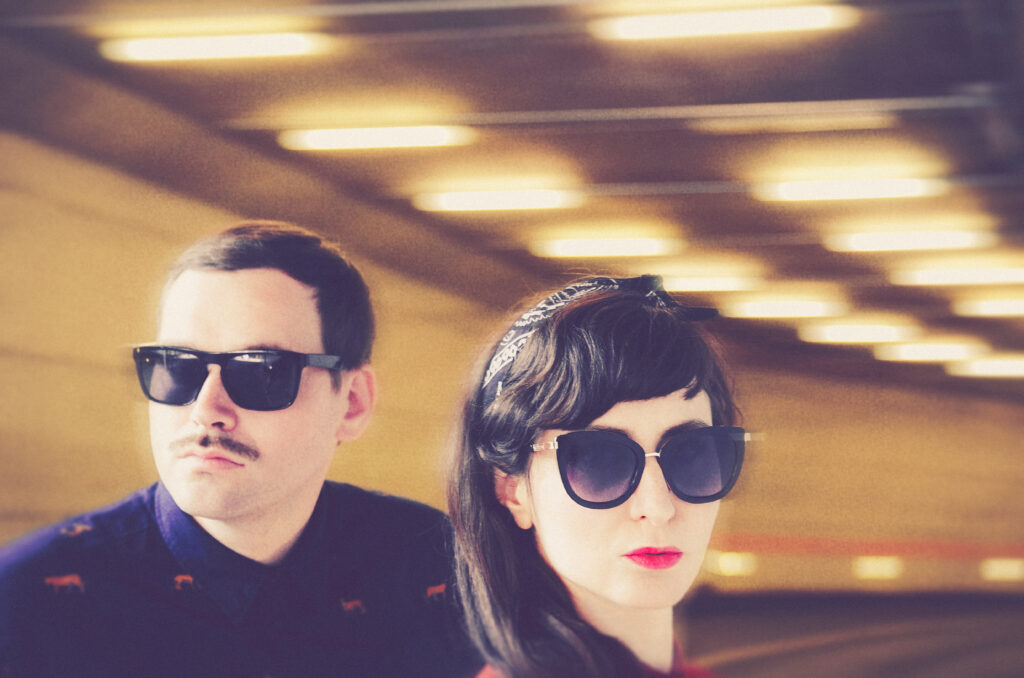 The history of the DJ & producer duo and couple Local Suicide stretches back over a decade to the year 2008. Since meeting, Munich-born Brax Moody and Thessaloniki native Vamparela have collaborated together on various projects, all culminating in the conception of Local Suicide in Berlin. Local Suicide’s distinctive sound, is an energetic fusion of new wave, EBM, post disco and dark techno that they themselves have given the name technodisco, while Beatport declared them as one of the key figures in the uprising dark disco scene.

Their DJ career has carried them to all four corners of the world, whipping crowds into a frenzy at Lollapalooza, Melt!, ADE, Off Sonar, Festival Forte, Berlin Festival and almost every club the German capital has to offer. Their live cuts have been honed to perfection with years of shows alongside the very best in the scene, even being invited by New Order to warm up for their live performance. This hectic schedule has taken them across Europe, Asia, North Africa, South America and the United States.

Local Suicide has had a stunning amount of press coverage from leading mags like DJ Mag UK/IT/US/LA/ES, Mixmag, FAZE, Groove, TRAX, Time Out, Tsugi, XLR8R & Rolling Stone and has played themselves in Fett & Fett, a series broadcasted on the biggest german national TV station ZDF in which their musical productions were featured extensively as well.

In 2021 the powerhouse launched their own label Iptamenos Discos where they recently released their critically acclaimed debut album ‘Eros Anikate’ among others. In 2022 the duo also revealed their new live band project Dina Summer with Kalipo with which they released their debut album ‘Rimini’ on Audiolith Records. The LP got praised by German magazines such as Der Spiegel, Musikexpress, Musikwoche, Kulturnews, Sonic Seducer and was featured as album of the week on Sunshine Live & Laut.

“dark disco meets EBM on this brooding slice of nostalgia”
Resident Advisor
“…from dark disco to EBM, jacking acid, and warped post-punk”
XLR8R
“…DAF meets Depeche Mode meets Jeff Mills”
FAZE
“…bound to get you boogying right into the stratosphere”
JUNO
“…brilliantly executed club tracks”
DJ MAG
“their ‘technodisco’ sound blends retro with modern musical elements and mysterious vocals.”
MIXMAG
“It is with complex productions, at the crossroads of new wave and post-punk, sprinkled with touches of EBM, that the Greek-German duo imposes itself in the musical landscape of Berlin techno.”
TSUGI